The forward – who is an Ambassador of DT38 and was a close friend of Dylan – took the plunge on June 28th, to support our charity, which raises awareness of testicular cancer.

Brunette Elliot, 23, known for his immaculate side-parting style, is now sporting a completely shaven bonse and has so far raised £1,330 which will be split between DT38 and the Georgia’s Teenage Cancer Appeal.

Elliot, known affectionately as “El” – wears the number 38 shirt for the Hatters in memory of Dylan who wore the same number for West Ham United before he lost his battle with testicular cancer in 2014 at the age of 20.

Taking to Twitter, after the makeover, Elliot declared “AND IT’S OFF! Thanks to everyone for your kind donations towards 2 causes that mean a great deal to me and many more! And a big thank you to my good friend Gent Co Barbers for helping me with it!”

You can still sponsor Elliot here 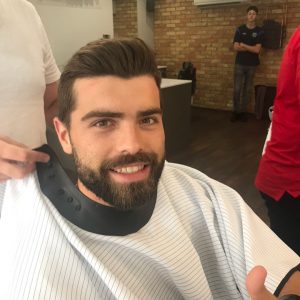 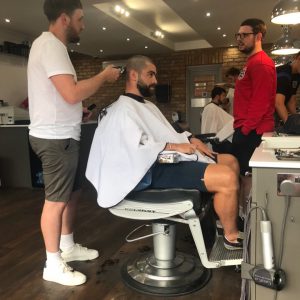