Former World Series of Poker champion Martin Jacobson and ex footballer Tony Cascarino were among the guests at the inaugural DT38 Charity Poker Night in 2017 and this year’s event will be even bigger and better.

A host of famous faces and big DT38 supporters will be taking to the tables at Crown London Aspinalls on November 21 to battle it out for the title of DT38CPN Champion and raise funds for our charity at the same time.

Thank you to all who’ve agreed to take part, it’s going to be epic!

If you would like further details about attending this high-flying event, including the “buy-in” email tracylee@dt38.co.uk

Our Exclusive Interview with Josh Cullen 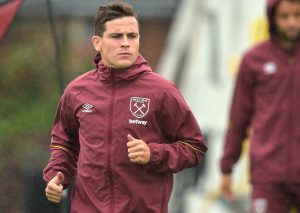 We had the pleasure of chatting recently with #DT38 Ambassador and professional footballer Josh Cullen for an exclusive interview.

The 22-year-old midfielder opened up to us about a whole host of things, including losing a tooth on live TV, his admiration for Iniesta, winning the Dylan Tombides Award and the importance of regularly checking yourselves for testicular cancer.

You can read it here https://dt38.co.uk/dt38-exclusive-a-few-minutes-with-josh-cullen-on-iniesta-winning-the-dylan-tombides-award-that-tooth/#more-2859

Happy Birthday to you!

A quartet of birthdays for DT38 Ambassadors across September kicking off with LA Galaxy striker Sebastian Lletget who was 26 on September 3.

We hope your team mate Zlatan got you a card Seb!

On September 5, Tony Carr MBE – once the Academy Director at West Ham United – celebrated his big day and on the same day pro basketball player Damian Martin of the Perth Wildcats turned 34.

Happy Birthday all, thank you for your support.

We receive so many amazing images from DT38 supporters across the world and we love to share them.

It’s always so hard to do, but every month we choose our ‘Picture of the Month’.

This month we’re proud to share an amazing picture from Jack Burnett.

Jack is a teacher from Newcastle, Australia, and he recently visited Dylan’s memorial stone at Champions Place, London Stadium.

Jack says he is inspired by Dylan after reading our story book “Didge”, which as taught him about resilience.

Thank you so much for sharing this Jack. 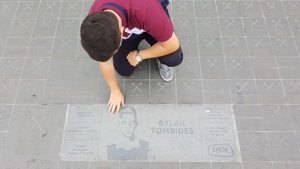 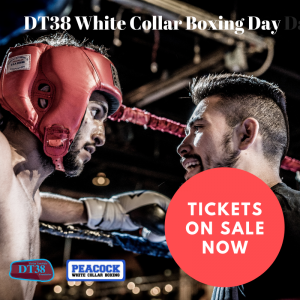 The first ever DT38 White Collar Boxing event, named “Awareness Below The Belt” will take place on November 11th, 2018.

If you’re part of a company which would like to benefit from advertising through this exciting event, then please get in touch.

It is supported by West Ham United FC, Peacock Gym and Crown Community London and will take place at the legendary York Hall, Bethnal Green.

Lots up for auction so far include a £4,200 made-measure-suit from Saville Row tailor and Hammers fan David Cooke at Denman and Goddard, a meal for two at May Fair Kitchen, London, a suit from Hawes and Curtis, an overnight stay at St James’s Hotel and Club in Mayfair, a training session with heavyweight boxing sensation Daniel Dubois at The Peacock Gym and a golf package.

And that brings to end of this September 2018 edition of Channel38, but we’ll be back with an update in October.

If you have helped DT38 in some way in recent times, please be sure to let us know so we can include it in one of our future newsletters. Contact tracylee@dt38.co.ukor connect with us on Twitter Facebook or Instagram