This is the place where we bring together news of the latest events, support stories and developments at DT38.

It’s also an opportunity for us to share important information about work we do to raise awareness of testicular cancer around schools and in communities at large as well as publicly offer our thanks to the many people who support us on our mission.

March 8th this month marked what would have been Dylan’s 24th birthday.

This was a very difficult and emotional day for Dylan’s family and friends and we were overwhelmed by the hundreds of messages of support received from across the world.

The Tombides family and all of us here at DT38 Foundation would like to offer a heartfelt thank you to each and every one of you.

Dylan was just 20-years-old when he lost his brave battle with testicular cancer in 2014 and we will continue to work tirelessly to honour his memory and raise awareness of the disease which robbed him of life far too early. 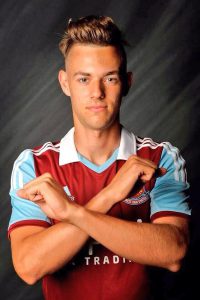 Tickets are now on sale for the first ever DT38 White Collar Boxing Day on June 10th, 2018.

The big day – supported by West Ham United FC and Crown Community London – will take place at the legendary York Hall, Bethnal Green, and see David Sullivan Jr enter the ring in one of a series of novice bouts, guaranteed to wow the crowd and raise the roof.

Tickets are priced at £60 (ringside seating), £50 (balcony seating) and £40 (stalls seating) – this price includes the booking fee and all profits go to DT38 Foundation.

Taking control of the DT38 fundraising auction and presenting the trophies will be former WBC light-heavyweight World Champion John Conteh. The event will be hosted by former BBC broadcaster Johnny Barran.

DT38 Picture of the Month

We are thrilled to receive so many fantastic images of people doing great things to raise funds for DT38 or awareness for our charity.

But…however difficult it is, we can only pick one each month for the awesome accolade of DT38 Picture of the Month.

The winner for March is Emma Green, a very special person who has been supporting us for some time.

On March 11, despite still recovering from a recent car accident, brave Emma completed the Milton Keynes Festival of Running 20 mile race in preparation for her run in the London Marathon next month for DT38 Foundation.

Amazing effort Emma, huge thanks and respect from everyone at DT38! x

Please continue to send in those pictures of you wearing your DT38 hats, t-shirts and scarves from wherever you are in the world at that time. It is great fun and we LOVE to share them so please keep posting them to our social media channels or tracylee@dt38.co.uk

If you would like to run for DT38 and take part please get in touch Tracylee@dt38.co.uk

It’s been a bumper month of celebrations for DT38 Ambassadors and we would like to give all of these heroes who offer us such great support a big shout out.

Also one year older this month will be English Premier League defender James Tomkins who will celebrate his 29th birthday on March 29th, spooky!

Many Happy Returns gentlemen from all of us at DT38 Foundation!

George Kalogeridis @Gee_kay10 “A happy 24th birthday to @Dylantombides. Taken far too soon, keep banging goals in up there champ”

Shona @Trueblue101412 “@Dylantombides Champ, today you would’ve been 24 years old!! I still think of how much of a fighter you were from the start. Happy birthday you Legend!!! Gone but never forgotten!!!❤❤❤”

Thomas smalley @Tombythethames “Every year I’m grateful I get to spend my birthday with my family and friends. Dylan would’ve been 24 today my thoughts and best wishes on this day go out to his family and friends. @Dylantombides forever an inspiration. Have a check downstairs lads”

With the amazing support of West Ham United FC, we will be bringing you the fourth annual DT38 Awareness Day this year.

And that brings to end of this March 2018 edition of Channel38, but we’ll be back with an update in April.