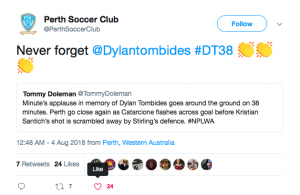 The match ended 2-1 to PSC and on the 38thminute an applause took place in memory of Dylan.

Thank you to all at PSC and Stirling Lions for your continued support.

This month we welcomed two very special young men as Ambassadors of DT38.

Arthur Gaywood is just ten-years-old and has been raising awareness for our charity for some time including running Race for Life on more than one occasion.

And for the past year, nine-year-old George Audin has been sharing DT38’s message after becoming inspired by Dylan.

He has given a talk to his school friends about DT38 and his junior football team carries the DT38 logo on their kit.

It gives us great pleasure to welcome them into our fantastic team of DT38 Ambassadors which includes our Patron Mile Jedinak and Hammer’s captain Mark Noble.

Our Emma hits the hills of San Francisco for DT38

Emma Green is one remarkable woman.

Time and again the Hammer’s fan has ran marathons to raise funds and awareness for DT38.

On July 31stshe took on – what was in her words – her toughest challenge yet, the San Francisco Marathon.

But despite the steep inclines and unfamiliar climate, Emma wore her DT38 vest with pride and completed the 26.2 mile route.

Another one ticked off Emma and thank you so much for your continued effort and support, you’re a legend! 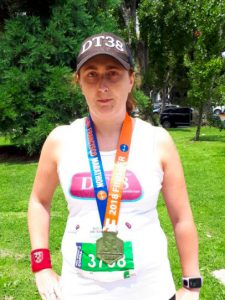 Happy Birthday to you!

The birthdays of our esteemed DT38 Ambassadors come thick and fast in August.

We would like to wish Many Happy Returns to all of these fantastic DT38 Ambassadors!

From the many great DT38 images we receive from supporters each month (and there are many) we choose our favourite and name it Picture of the Month.

So here is the winner for August. Rory Carroll created this collage of images after a visit to Dorrien Gardens, the home of Perth Soccer Club, where the club has created a wonderful visual tribute to Dylan. Thank you PSC and, of course, to Rory for sharing! 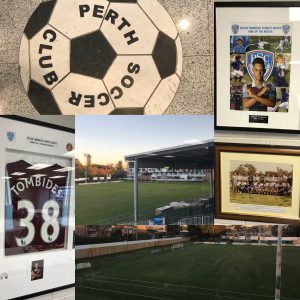 The first ever DT38 White Collar Boxing event, named “Awareness Below The Belt” will take place on November 11th, 2018.

If you’re part of a company which would like to benefit from advertising through this exciting event, then please get in touch.

It is supported by West Ham United FC, Peacock Gym and Crown Community London and will take place at the legendary York Hall, Bethnal Green.

Lots up for auction so far include a £4,200 made-measure-suit from Saville Row tailor and Hammers fan David Cooke at Denman and Goddard, a meal for two at May Fair Kitchen, London, a suit from Hawes and Curtis, an overnight stay at St James’s Hotel and Club in Mayfair, a training session with heavyweight boxing sensation Daniel Dubois at The Peacock Gym and a golf package.

And that brings to end of this August 2018 edition of Channel38, but we’ll be back with an update in September.

If you have helped DT38 in some way in recent times, please be sure to let us know so we can include it in one of our future newsletters. Contact tracylee@dt38.co.ukor connect with us on Twitter Facebook or Instagram